For years, I never went to Glasto. Then one year my children decided I was old enough and now I go on Sundays.

I love it. Where else can 50,000 people in a muddy field sing happy birthday to the Dalai Lama, as we did last year? 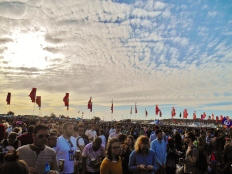 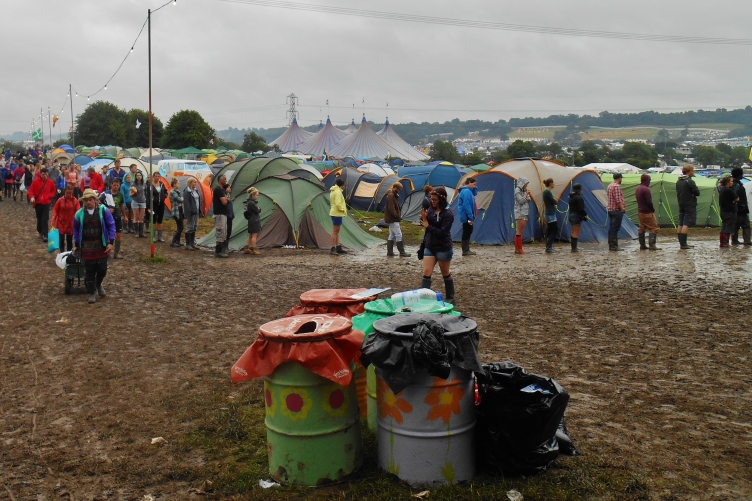 There is of course a generation thing. In the muddy field, the average age is half mine. On the stage (at least on the Pyramid Stage on Sundays) they are even older than I am. Last year there were (amongst others) Patti Smith (68), Lionel Ritchie (64)  and Roger Daltrey (71) and Pete Townshend (70) of the Who. The Dalai Lama was 80.

The crowd sang along to the Who’s 1965 hit ‘Talkin’ bout my Generation’ twice (as part of Patti Smith’s set in the afternoon, then naturally with the Who in the evening).

There is something amazing in this. If the great Edwardian songwriter Sir Harry Lauder could have turned up at the first Glasto in 1970 (alas he was dead by then) to sing his 1924 hit ‘Keep Right on to the End of the Road’ how would he have gone down?  My own guess is like a lead balloon landing on a black hole.

The reason is in Pete Townshend’s lyrics:

In those days pop was by the young, for the young, and fundamentally against anything old (or at least older than Elvis).

In 1965 Pete Townshend’s lyrics made complete sense. But how to understand them now?For one thing, at our age there’s some unease about the last line:

Yeah, I hope I die before I get old (Talkin’ ’bout my generation)

As time goes on,  a subtle metaphorical interpretation of this somehow seems preferable to the plain,  terminal, drop-dead meaning.

Then again, in 1965 we were going to do so much better than those who had preceded us. But did we? It is not at all clear that we should sneer at  the generation which fought two world wars, set up the National Health Service, provided fully funded higher education and a degree of social mobility which our parents and grandparents didn’t have, nor do our children and grandchildren.

Still less are we entitled to sneer at the younger generation singing along with us.

May the pop stars of the 1960s and 1970s continue to perform at Glasto for many years. Perhaps one of them will express what my generation has to say for itself, now we know how things have turned out and before it is all over. If the word ‘sorry’ could be included, that would be good.

Also, perhaps one of them could do a cover of Sir Harry Lauder’s ‘Keep right on to the End of the Road’. It is about loss, infirmity and death, faced with courage – sadly more relevant to my generation than it was in 1965.

Keep right on to the end of the road,

Keep right on to the end,

Tho’ the way be long, let your heart be strong,

Keep right on round the bend.

Tho’ you’re tired and weary still journey on,

Till you come to your happy abode,

Where all the love you’ve been dreaming of

Will be there at the end of the road