What an amazingly diverse multi-talented creative and enterprising group of people lived in Grenfell House! Our hearts go out to the survivors in their pain and loss and to all those touched by the disaster.

As the initial shock has subsides, the anger and questions well up.

It is worth mentioning Robert Hubert, who died as a result of the anger that followed a much earlier, tragic London conflagration. His story illustrates a way of thinking about disasters that goes something like this.

There is probably some Latin name for this, but, Latin not being as widely spoken as it used to be, it is easier to label it ‘Trump thinking’ in honour of its most distinguished current exponent. (In fact it pre-dates Mr Trump by at least several millennia – the Old Testament is full of it.)

It has a number of advantages.

For one thing, it is infinitely flexible. ‘They’, the bad people, can be almost anyone – the Christians, the Jews, the Muslims, the Irish, the British, the Canaanites, the Assyrians, the Mexicans, the Trade Unions, the bankers, the Tories, the Bolsheviks, the Trotskyites, the European Union or virtually any group of ‘others’ that is conventionally disliked, disapproved of or disagreed with.

Second, it provides something round which all right-thinking people can come together (those who decline to join them being by definition not right-thinking and therefore bad people themselves).

Third, Trump thinking offers an obvious and immediate remedy for the bad thing that has happened and for the prevention of future bad things, which is to punish the bad people. There is no need to trouble with time-consuming enquiries or investigations. All one needs to do is lay hands on the bad people (or at least a representative sample).

Finally, Trump thinking is self-reinforcing (‘What makes us think these people are bad? Well, just look at the bad thing they have caused, stupid!’) if not self-fulfilling (hence all the wars that have started because both sides felt threatened by the other – the threat perceived by one side consisting in the steps taken by the other side to defend itself against the threat it perceives from the first side.)

In summary Trump thinking enables people (or at least some people) to come together, take action that they believe is effective and which confirms they were right all along. That’s pretty powerful.

It also explains what happened to Robert Hubert.

He arrived in London on Tuesday 4th September 1666, two days after the Great Fire of London had started. By Wednesday 5th, 13,500 houses, 87 parish churches and St Paul’s Cathedral had been destroyed.

It was immediately clear to many Londoners who was to blame. The fire (as with other bad things at the time) had to be the work of foreigners and papists.

Robert Hubert was both, being French and a Roman Catholic. He was persuaded (we do not know how) to confess, not once but twice.  His first confession said that he had started the fire in Westminster, but he was asked to revise this, because the fire had never been anywhere near Westminster. His second confession said that he had thrown a fire bomb through the window of the bakery in Pudding Lane, where the fire was thought to have started. The facts that the bakery apparently had no windows and that Hubert was disabled and not able to throw anything seem to have been considered unimportant technicalities, not requiring further revision. Nor did either confession mention that Hubert had been on a ship on the North Sea at the time the fire started.

So, Hubert was charged with arson, convicted and hanged. Afterwards, his body was torn apart by an angry group of Londoners, who no doubt felt better afterwards.

Otherwise, how did Robert Hubert’s shameful death contribute to future fire safety in London? The answer is not at all.

The thing about Trump thinking is that it does not actually make anything better.

This is because the physical world in which disasters happen is not driven by the same things that fuel Trump thinking – namely emotion (mostly either hate or anger), preconception (for example that foreigners and papists are behind all bad things) and alternative facts (such as an imaginary fire bomb thrown by a disabled man through a non-existent window whilst many miles out at sea – alternative facts being always available when reality disappoints).

The physical world works on truth – the concrete actuality of what is, what is not and how everything fits together. The less we rely on this truth, the more disasters we shall suffer.

Unravelling the truth takes time, care, effort and an open mind. That may be boring and frustrating, but it is how we have built our modern, science-based culture – which works and is better than what went before.

Trump thinking is beginning to creep into the outpouring of anger and sadness about Grenfell House – the disaster happened because of on Tory cuts, a heartless Council, corrupt corporations, the Government, incompetent management and so on. It may turn out to have been due to all or any of these, or none of them. As Jeremy Corbyn said, we must and will get to the bottom of it.

When we know exactly what has gone wrong we can be usefully angry – that is coldly, calculatingly, remorselessly and proportionately angry – the sort of anger that makes for positive change.

What we must not do is to look for a Robert Hubert to tear to bits.

The importance of that goes far beyond Grenfell House. For Trump thinking is a slippery slope. Who shall we pass as we slide down it? Certainly, at the very bottom we shall find the true master of the art, Adolf Hitler.

Finally, the important resonance is not so much how Robert Hubert died but with what he was in life – a watchmaker from Rouen who came to London on a Swedish ship hoping for a better life. In their diversity, talent, creativity and enterprise the tenants of Grenfell House reflect what London was about in Robert Hubert’s day as well as now. Let us take pride and consolation from that amidst the grief and pain. It is both part of our heritage and our hope for the future. Let us make sure the thinking that killed Robert Hubert remains, so far as London is concerned, a disgrace of the past. 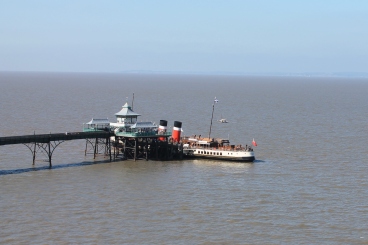